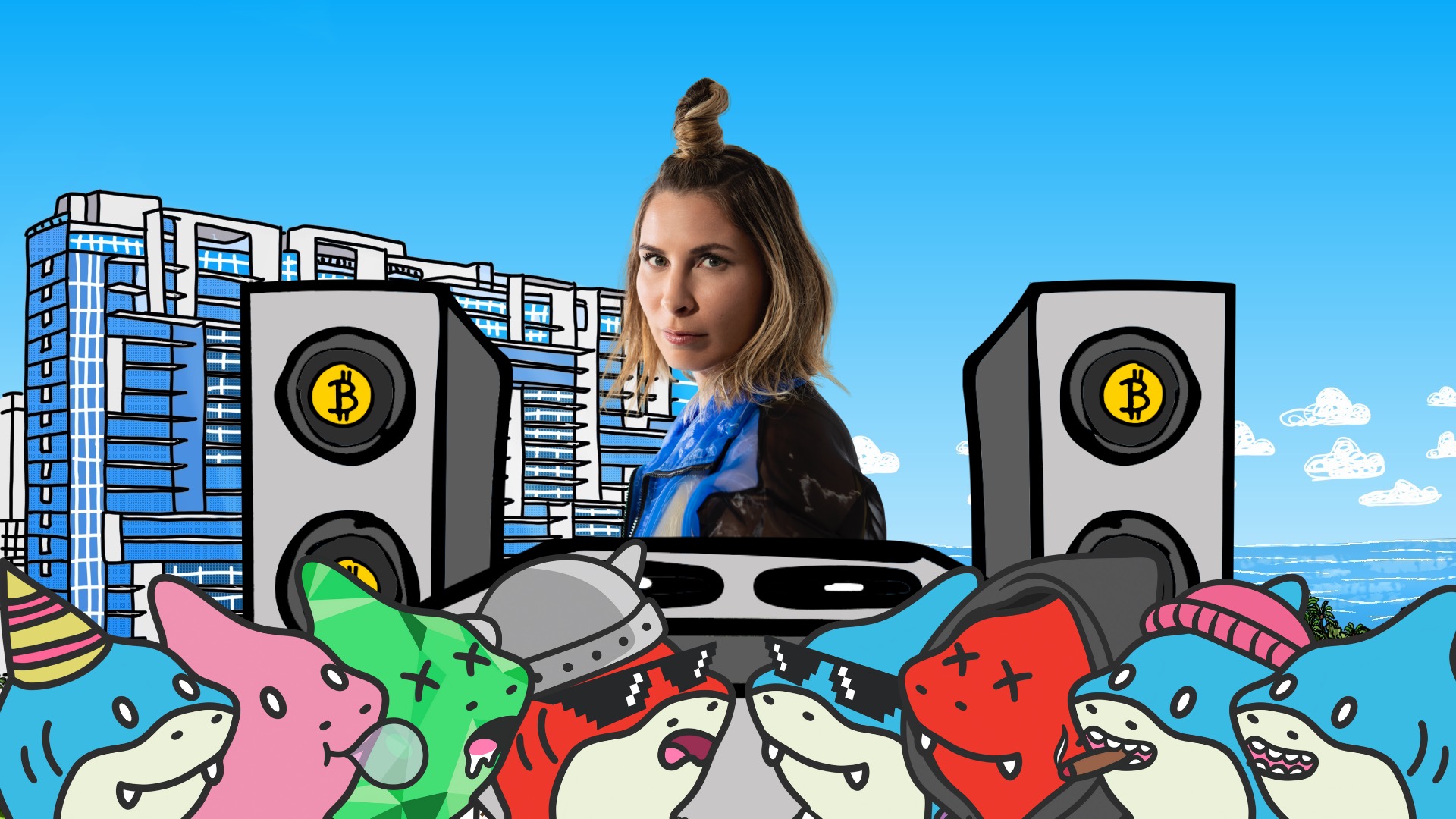 Boy do we have some amazing news for y’all. I’m sure you have already seen this big news in Discord announcements or on Instagram, but in case you missed it here you go!

We are excited to announce that BLOND:ISH has partnered with the Chummy Fin Club and will be our headline DJ for our launch event in Miami during Bitcoin 2022!

This is going to be a fun and exciting partnership, and we want to first thank our advisor and partner, Sebastian Norena, for making this partnership a reality!

As a project, we are committed to partnering with people, projects, and companies that will add value to our community. We have several more really amazing partnerships in the works that are going to blow you away. ويسترن يونيون مول العرب Stay tuned for more announcements on upcoming partnerships and collaborations!

But for now, let’s get to know BLOND:ISH, because she’s totally rad and loves the Chummies.

If you don’t know who BLOND:ISH yet, check her out here https://solo.to/blondish for everything you need to know and to access all her links.

I’m a DJ, producer and I guess an eco environmental activist. I use my music as a vehicle to bring about happiness and abundance.

BLOND:ISH has unexpectedly become a crypto, web3, and NFT pioneer. After her friends introduced her to Bitcoin and cryptocurrencies back in 2017, her involvement and interest in the space has taken off like a rocket to the moon, and she finds herself in the center of gravity for the NFT and crypto world.

Fast forward to today, and she has even launched her own token $ISH, which is a pivotal step in manifesting her vision to create a token-based ecosystem based on social currency. P00LS-the premier decentralized exchange for creator cryptocurrencies will be used to issue the tokens and distribute them in support of the concept of “Happy Happy World”, which is a part of BLOND:ISH’s metaverse vision.

With the $ISH token, holders will have access to exclusive content from BLOND:ISH, including new music, unreleased edits and tracks, new merch, BLOND:ISH’s token-gated discord channels, and discounts on merchandise. $ISH token holders will also be able to purchase upcoming show tickets, as well as access to backstage passes, and experiences during live shows and events. In addition, token holders will be able to benefit directly from her concerts. دومينو اون لاين With the $ISH token, you’ll also gain unparalleled access to BLOND:ISH’s physical and virtual world. (source: truehollywoodtalk)

I was a computer science major at McGill in Montreal and that was my major in university, so right after that I kind of became a raving DJ and I kind of forgot about my my computer science days and then 2017 came about and a few friends started talking to me about Bitcoin and cryptocurrency in general and I had a friend in Barcelona that taught me everything….what I do is an endless exploration and it keeps evolving and this is this is why I’m so happy to have discovered the NFT medium because I felt my life with music was just 2D.

Funny story about BLOND:ISH and the Chummy Fin Club.

We had heard from Sebastian that he was talking with BLOND:ISH’s manager, and there was a potential partnership in the works. We all though that was great! We were excited by the opportunity and looked forward to having BLOND:ISH join the community.

Then, a few days later we see that someone with the username @blondish joined our Discord server. موقع باي بال الالكتروني We were excited to have her join and we all did high fives around the office.

That’s when one of our cofounders (who will remain nameless to protect him from certain embarrassment…hint: it was Keagan) pointed out that he thought this was a scammer impersonating BLOND:ISH. A decision was hastily made to ban this member, with the stated reason for Discord ban as “impersonating BLOND:ISH”.

Well as it turns out, that was actually her. So, we banned BLOND:ISH for impersonating herself.

It makes for a funny story, because it all worked out in the end. We unbanned her and welcomed her as an official partner, and all is good with the universe.

Now, get ready for an absolute bash in Miami.