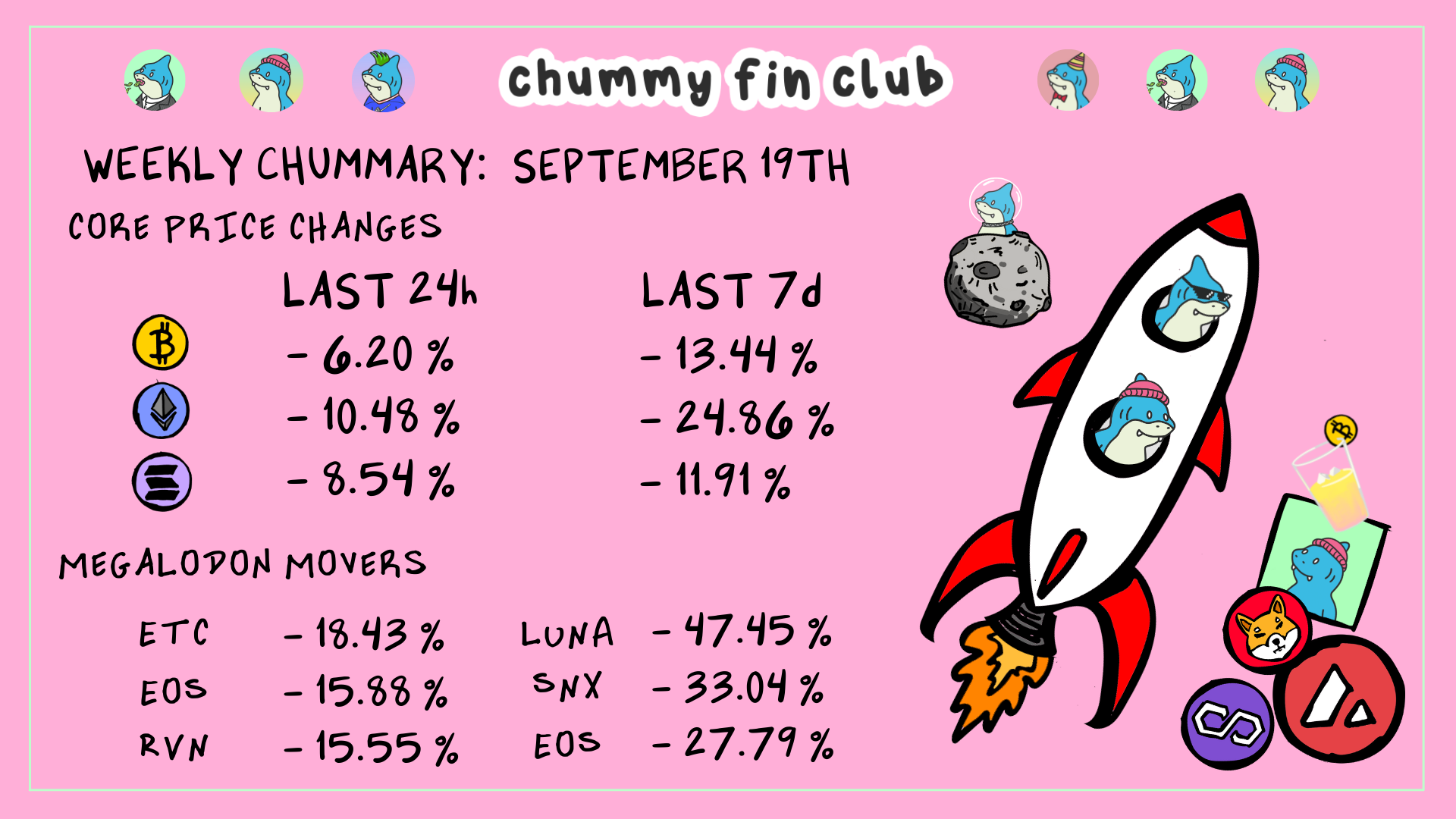 This is not financial advice. This is for informational purposes only. Remember to do your own research!

The long-awaited merge took place last week in which ETH transitioned from a proof-of-work consensus mechanism to proof-of-stake. The driving factors in this transition were to reduce the power needed to operate Ethereum by around 99%. ETH began its transition in 2020 with the formation of the successful Beacon Chain, which was a parallel PoS chain used for testing. And now the final transition has taken place and seems to have gone off without a hitch.

FTX Looks to Another Raise

Bankman-Fried is a mastermind. He’s going to be tapping investors again in an effort to fund takeovers in the crypto space. The likely targets are other retail-trading platforms (lest we forget Bankman-Fried’s ownership interest in Robinhood). FTX will be on the hunt for a fundraise at a $32B valuation.

Fitch, a credit rating bureau for global capital markets, has once again downgraded El Salvador’s debt rating from CC to CCC. The rating downgrade is mainly due to liquidity concerns and a $800MM hard currency  bond maturity coming in January 2023. Fitch argues the adoption of Bitcoin has added uncertainty to its fiscal status and puts the country on thin ice in terms of lending…

AMZN Continues to Run the World

Amazon, CaixaBank, Worldline, among others have been selected by the European Central Bank to build UIs for the digital euro. The group was chosen from an applicant pool totalling 54 potential organizations. This comes in the wake of Amazon setting a goal last year to accept bitcoin by the end of 2022 as well as considering launching its own token.

Alex Mashinsky, the CEO of Celsius, the condemned high-yield crypto lender, is supposedly reaching for a recovery by turning the firm into a digital asset custody house. This would allow a new stream of income by storing user tokens and getting creative with transaction fees. Celsius was also the same firm forced to freeze customer withdrawals when markets were in utter turmoil earlier this year…

Term of the Week: Oracle

This is any application that provides data from outside the blockchain. Blockchains are limited to accessing data available on their own chain, so oracles are crucial for including off-chain data.