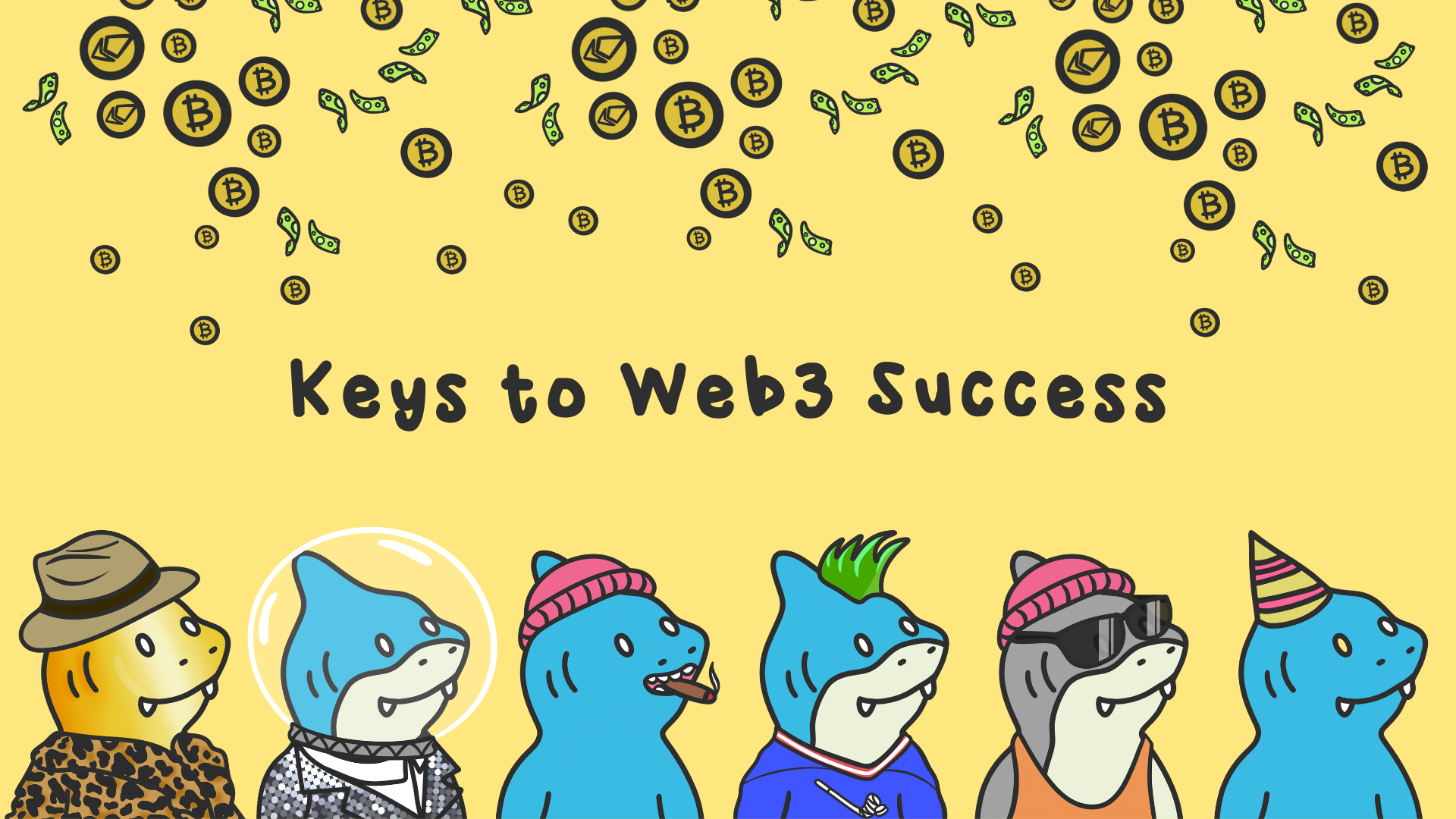 I recently saw a thread on LinkedIn that went like this….

LinkedIn guy 1:
“On Web 3 you don’t need 3-5 years of experience. Everything is so new. Just go out there, join a community, and start building something.“

Sounds legit, right? Web 3 really is so new, just get in the game and be involved, you’ll have success simply by doing something!

That sounds like 1999 thinking. Let’s never forget Pets.com, which was founded in 1998, raised $10s of millions of venture capital (essentially on the strength of the domain name without a viable business plan), and then closed down in November 2000, a mere two years after founding, taking all their investor money down with them.

Ideas are great, but they are free. I have had 1,000s of startup ideas and you probably have too. I give them away freely to other entrepreneurs. Why? Because execution is the most important part of building something. If you have a good idea, but can’t execute, you don’t have anything.

But let’s get back to that LinkedIn thread.

After LinkedIn guy 1 dropped his super revelatory “you don’t need experience” thesis for all of the Internet to salivate over, likes and comments praising his hollow philosophy streamed in.

That was until LinkedIn guy 2 dropped a truth bomb. اريد ان العب لعبه

LinkedIn guy 2:
“Disagree. If you can’t ship for Web2 you sure as hell don’t have the ability to ship for Web3. That’s a fundamental issue with the whole NFT space right now….It’s all fun and games and “community” until you have to actually ship the roadmap you promised all your buyers…then you either crash and burn or outsource to the Web2 people that have been here building everything around us for the past decade.“

Web3 is mirroring much of what the world saw in 1999, with tons of ideas and tons of launches, but many come and many go. Web3 is most certainly the future, but there are a lot of inexperienced people trying to get a piece of the pie. The ones creating real value, with project teams who know how to execute, are the ones who are here to stay, and the ones you should be investing in. This is a concept that the founders of the Chummy Fin Club hold tightly to, and have the experience to back it up.

If you haven’t met the Chummy Fin Club founding team, please go here and learn all about the team behind this project. We are fully doxxed, and putting our entire passion, experience, and resources into the success of this project. We believe in this project, and we are investing 0,000 into the project launch to ensure project success. نادي كبار الشخصيات We are here to stay.

The Chummy Fin Club founders are a group of experienced tech, startup, entrepreneurs and business professionals. One of our founders was an early employee at a successful tech startup that has gone on to IPO and achieve a $4 billion public valuation. One of the founders also held both COO and CMO positions at a startup that went from $1M to $10M in revenue in just two years. And another one of our founders manages a portfolio of businesses with revenues exceeding $20 million, and has also successfully raised close to $500M in investor capital for various projects over the years. We have all managed real businesses and we have launched successful startups. We draw from our experience executing, and we are applying our learnings and industry best practices to everything we do for the Chummy Fin Club.

We are treating this project like we would when founding a startup, because that’s what this project really is – a Web3 startup. Our primary focus is to deliver incredible value to our community members. If we deliver value to you, our members, then the project will succeed. If we don’t deliver value, and don’t follow through on our commitments, then we don’t deserve to succeed. Projects that do not deliver value, should be avoided at all costs. If there is no utility, and it’s just another art drop, I would make sure you deeply consider and meditate on your decision, before buying into the project. It could be great, or it could tank. You just don’t know. One thing is for sure, projects that have a high focus on utility, are inherently more valuable.

Words on NFTs from a Successful Startup Founder

In a previous life, I was head of digital marketing for Treehouse. It was a job I landed by sending a cold email to the founder & CEO, Ryan Carson. I told him point blank that I think Treehouse is the best e-learning platform out there (because I do believe this), and I wanted to help him grow it. This honest exchange led to a job offer to join the team.

I have since left Treehouse, and now run my own businesses. I keep a close eye on all the companies I’ve worked for and care about, Treehouse being one of them.

Recently, we happened to see this tweet thread by Ryan Carson, who has since sold Treehouse (big congrats on the exit!) and is now deeply immersed in the Web3 space.

As a team we have adopted Ryan’s philosophy as an informal playbook for what we need to do to develop community trust, and ultimately ensure the success of this project.

Here are a few of the big questions that Ryan Carson, a successful three-time startup founder with three exits, who has raised $25M in investor capital, asks when considering investing into an NFT project.

As a team, we have adopted this mentality for how we personally analyze projects and we encourage anyone who is interested in the Chummy Fin Club to analyze our project through the same lens. I feel supremely confident in this team, and I have never been more excited about building something.

Ready to Swim with the Chummies?

Reach out to us on Discord if you have any questions about this project. We hope to see you in the community!

Matt Bell, Head of Marketing for the Chummy Fin Club