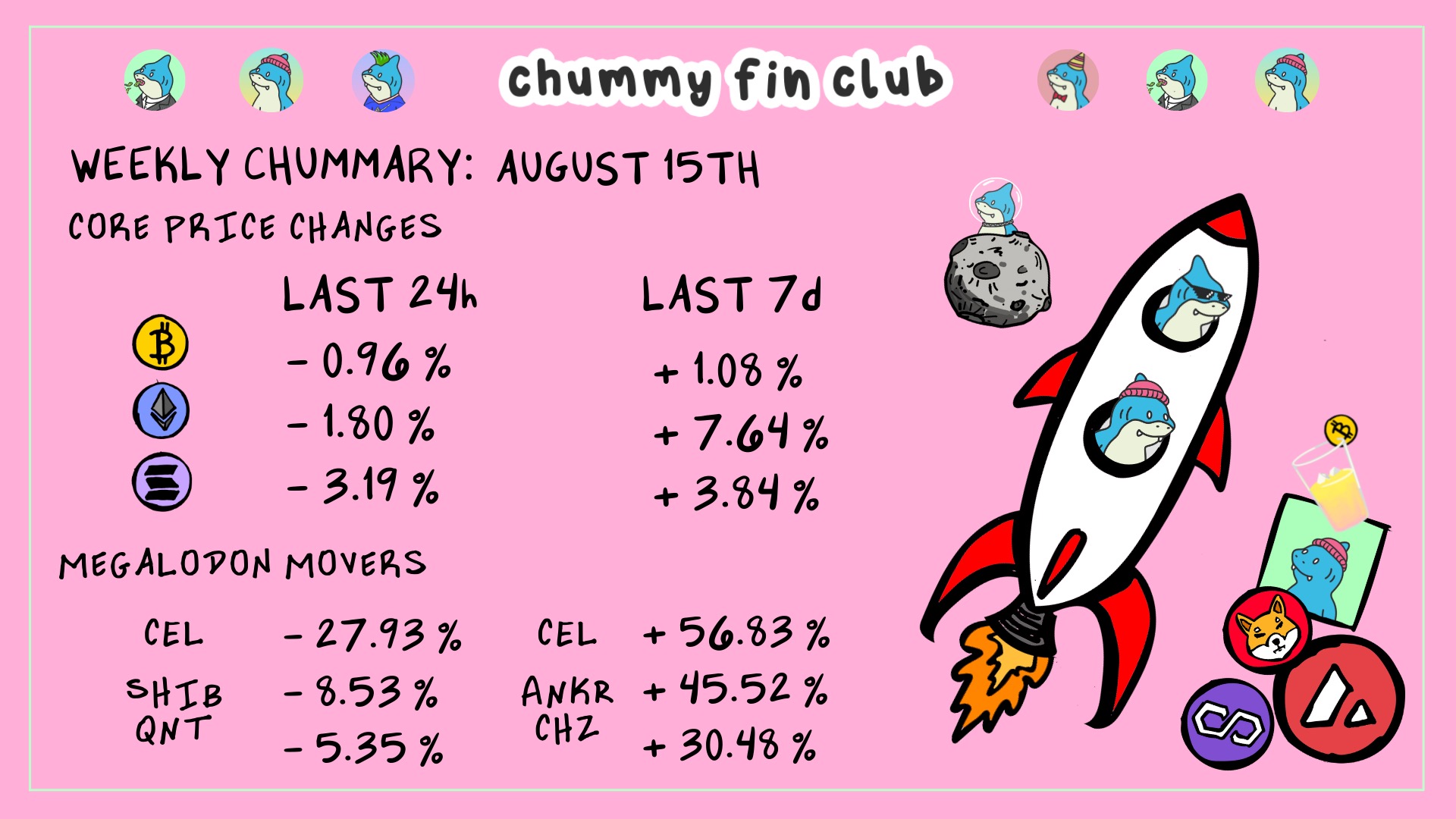 This is not financial advice. This is for informational purposes only. Remember to do your own research!

Vauld’s Flipvolt, a Peter Thiel-backed crypto exchange, stumbled upon some misfortune last week as India’s Directorate of Enforcement (sounds intense) froze roughly $46MM worth of the exchange’s assets. Apparently this was in response to wallets suspected of holding “proceeds of crime derived from predatory lending practices”.

Ratings firm S&P Global slashed Coinbase’s credit rating to BB from BB+ after a weak earnings report and loss of market share. S&P also cited uncertainties about the broader crypto market decline as well as low confidence in the company’s ability to manage operating expenses. Yikes. That along with the pending SEC investigation around if certain coins should be listed as securities has certainly weighed on Coinbase as of late.

The Coin Down Undah

The Reserve Bank of Australia, in partnership with the Digital Finance Cooperative Research Center, is exploring use cases for a retail central bank digital currency (CBDC). This would involve the development of a smaller-scale CBDC pilot in a control environment but still facilitating real claims on the Reserve Bank. Moreover, Thailand’s central bank announced it will likely be initiating a pilot study for a CBDC by year-end.

Supposedly Ripple, the blockchain-based payments firm, is looking into acquiring the assets of the troubled crypto lender Celsius. Despite the broader market decline, Ripple remains steadfast in looking for M&A opportunities.

We all Survived Death

https://discord.com/invite/yyg – A SECOND FREE MINT ALERT… This time for WL members. I might just go ahead and refer to August 15th as “Free Mint Day”. Starting the Holiday myself… you heard it here first. Anyway, Yin Yang Gang (aka YYG) was founded in part by the well known Maison Ghost, who has worked on several projects in the past. Roadmap coming soon…

Term of the Week: Dropped Transaction

Can you guess this coin’s 7 day chart..? If you guessed SHIB, you’re correct. Looks like news of the new play-to-earn game had a nice effect…